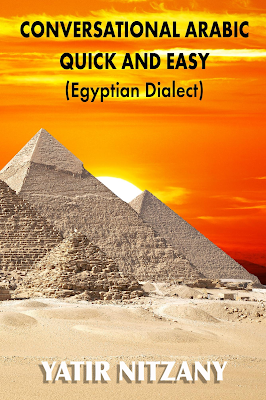 The Egyptian Dialect of the Arabic Language

Although the official language of Egypt is Modern Standard Arabic, its people speak Egyptian Arabic. Written in the Arabic alphabet, the language is spoken by over 77 million people throughout the world, though mostly concentrated in Egypt. Unlike Modern Standard Arabic, most people speak Egyptian Arabic at social occasions, though it is also used in some common examples like newspapers and street signs. Egyptian Arabic originated in the areas around Alexandria and Cairo, which have always led the country economically. Historically, the ancient Muslim expeditions to Egypt resulted in an increase in the Arabic language, but shifted back to Egyptian when Muslim troops, speaking an Egyptian dialect, inhabited the area. To learn more you may check out my book which is featured on these following platforms:

What prompted me to purchase this book was the fact that this entire book was in English transliteration (Latin letters) since taking on the pain staking task of learning to read Arabic isn't on my agenda at the moment. It was an amazing book, very informative, and interesting. Shukran
--Beverly
Excellent great book to learn egyptian dialect. Get it if you want to speak the language or go on vacation to Egypt
--Wendy L. Friedman